Recently, on May 6, the American Lakehurst celebrated a sad date – the 75th anniversary of the crash of the Hindenburg airship, and with it this area of aeronautics. During the ceremony, aviation historian Dan Grossman was approached by a man who introduced himself as Bob Schenck and handed him an old tape. On it then, in 1937, his uncle Harold Schenck was able to capture the historical catastrophe from an angle that no one had ever seen.

The arrival of the Hindenburg was a significant event, so it was greeted by a host of reporters, photographers and cameramen, hence the numerous footage of the crash, which was incredibly sudden and lasted less than a minute. However, the crowd waited for the disembarkation to begin, everyone focused on the passengers, while Harold Schenck, an amateur cameraman with his clockwork camera, was impressed by the sheer bulk of the airship. He shot in series of 2 minutes and managed to capture the arrival of the Hindenburg, as well as the important moment – the release of the mooring lines. 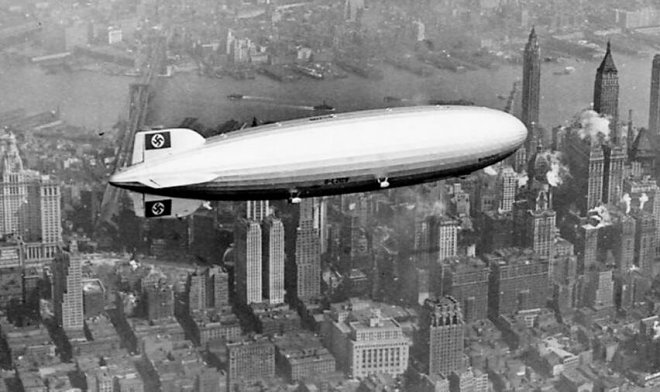 Hindenburg over Manhattan, in a few minutes before the crash

In the 1930s, engineers were already well aware of the danger of hydrogen, everyone understood that flying on a huge barrel of gas was an incredibly risky undertaking. But German designers envisioned many security systems and developed very meticulous airship control protocols. The problem is that on that ill-fated morning they were deliberately ignored – the Hindenburg was seriously late, important people both on board and on the ground were rushing the crew.

Schenk’s footage shows that cables were dropped from the airship 4 minutes before the explosion, when it was still very high. This is important – the higher the altitude, the higher the risk of a spark, so the pilots tried to use a “low landing”. But they were in a hurry that morning, plus the airship had recently emerged from the storm front, accumulating a fair amount of static on the surface. In a normal situation, resetting it was a matter of time and the correct execution of instructions, but due to the general rush, everything went completely wrong. At least this version is recognized as very plausible.