Based in Nancy (Meurthe-et-Moselle ), the historical supplier of the nuclear sector Fives Nordon is planning an investment of 38 million euros and the recruitment of 300 employees on all of its industrial sites with a view to supporting the construction of future French EPR2 reactors.

With the acquisition of the energy and defense activities of the Efinor group, Framatome is strengthening its position in welding, one of the biggest weak points in the French nuclear industry.

Airbus has confirmed its target of producing 75 A320s per month in 2025, compared to 50 today. An unprecedented level in the history of aeronautics, and which risks giving a hard time to the entire supply chain.

Framatome and Matière will invest nearly 70 million euros between them over the next five years in Le Creusot (Saône-et-Loire) . Matière will create a new factory on the territory, while Framatome is considering the best project to take possession of a former site of Matière. Projects that will result in hiring.

French industrial start-ups, considered a new source of innovation and jobs, are the subject of unprecedented attention. With a support plan of 2.3 billion euros and a one-stop shop. 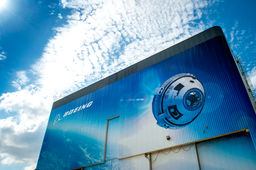