Huawei Mate 40 smartphones risk becoming the last true flagships of Huawei, as it will not be able to release new ones for the foreseeable future due to US sanctions. Date of presentation of new products has already been officially confirmed – Mate 40 will be released along with Mate 40 Pro and Mate 40 Pro + on October 22nd. The Huawei NOH-NX9 model, which is considered the Mate 40 Pro, was spotted on Geekbench, and this revealed the key characteristics of the future flagship. 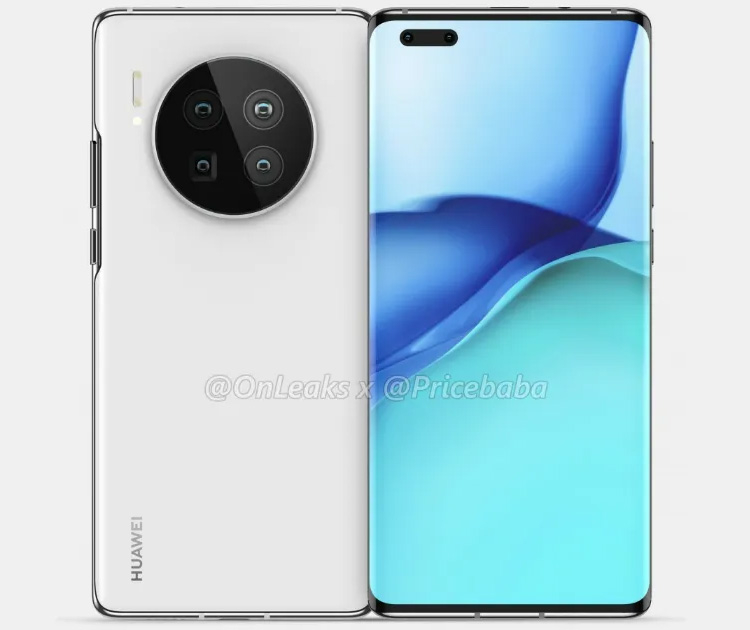 Geekbench provides key information on the specs of the Mate 40 Pro. The phone will run on an all-new Kirin 9000 SoC. Although the name of the chip is not mentioned in the Geekbench report, there is a link to the Mali-G78 in the source code that is used in the 5nm Kirin 9000 chip. so far Huawei’s latest 5nm solution, and will have a built-in 5G modem. The test site also revealed that the Mate 40 Pro will ship with 8GB of RAM (maybe this is the base model and we will see variants with more RAM). 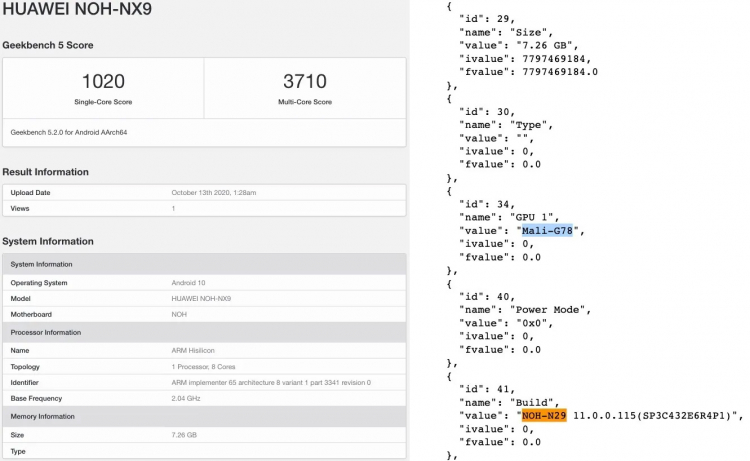 According to Geekbench, the Huawei Mate 40 Pro will run a shell based on Android 10, although Android 11 has already been released. This is not surprising given that Google has ended its partnership with Huawei and now the Chinese company has access to the mobile OS only through AOSP. It can be expected that the device will not include Google services and will receive its own pre-installed Huawei AppGallery. 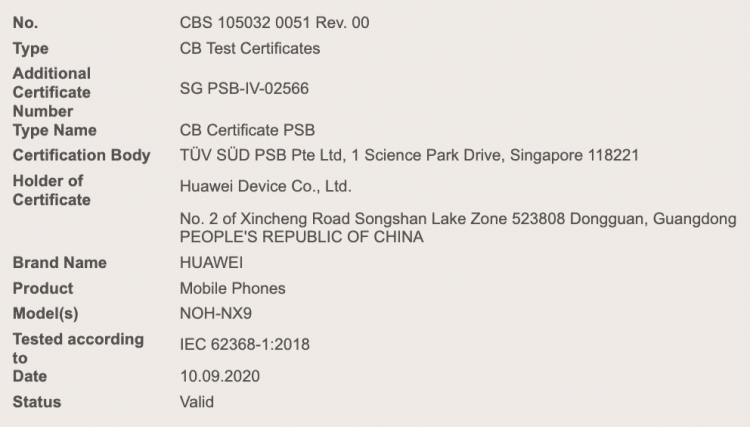 The phone scored 1020 points in single-core and 3710 points in multi-core modes – a decent result for a flagship solution. The price and official specifications of the Huawei Mate 40 Pro will be announced during the presentation. A leaked render previously revealed that the phone will have a dual-front camera cutout. The device will also receive a large round camera module on the back, which will house four sensors, including one with a resolution of 108 megapixels. The Huawei Mate 40 series is expected to support 66W fast charging. 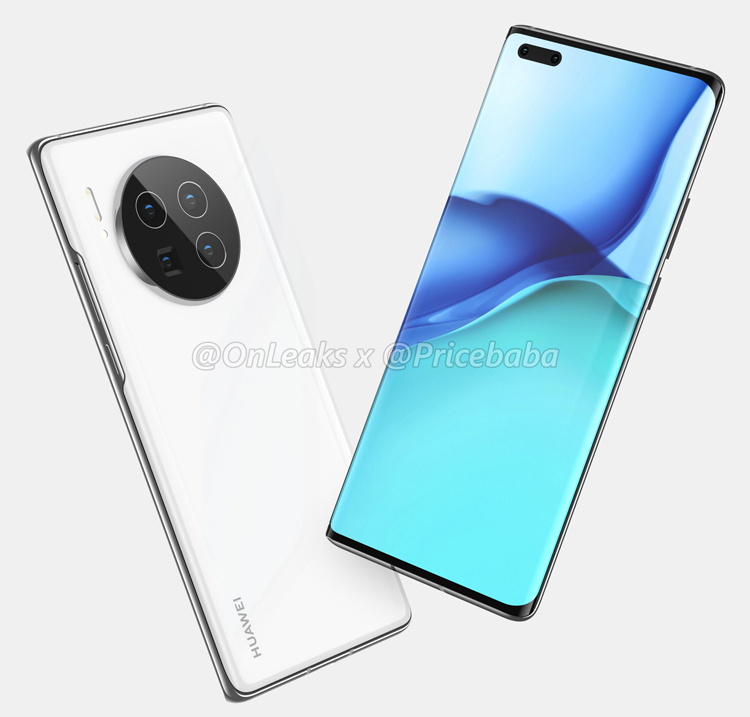