Samsung organized a important event today unveiling four new laptop models from the Galaxy Book range. They come with Windows 10 pre-installed, have an aluminum case, and one of them even offers nVidia RTX 3050 Ti graphics. We have details about the new notebooks below.

Two models are part of this series: a 13.3-inch one that weighs less than a kilogram and a 15.6-inch one that weighs a little over a kilogram. Both offer the best quality AMOLED screens with Full HD resolution. At the same time, they are DisplayHDR 500 certified, and the brightness reaches up to 500 nits. They render 120% of the DCI-P3 color spectrum, and the response time is only 0.2 ms. They also allow easy adjustment of sRGB and Adobe RGB, depending on the task performed 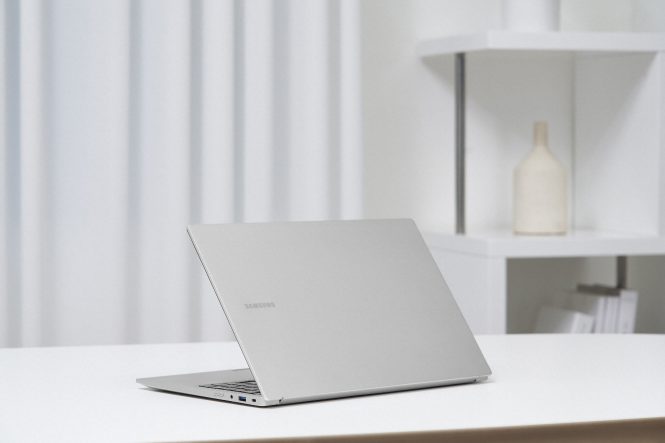 Inside we find 11th generation Intel CPUs. There are configurations with i3, i5 and i7 CPUs, and 8GB / 16GB / 32GB of RAM. Storage is provided by NVMe SSDs, with up to 1TB to choose from. Standard versions come with Iris Xe graphics, but there is also the GeForce MX450 GPU option. At the same time, it offers a performance mode, a “silent” mode, but also a “no fan” mode through which the cooler is completely turned off. 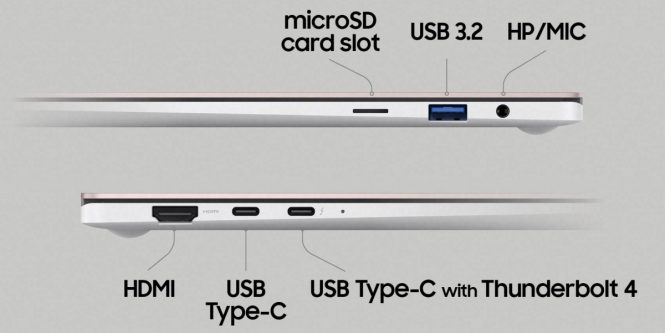 On the connectivity side the 15.6 inch model offers a USB 3.2 port, USB-A 3.2, HDMI, 3.5 mm headphone jack and even a USB Type-C with Thunderbolt 4. The 13.3-inch model on the other hand gives up the HDMI port, but has an additional nano SIM port, being compatible with 4G LTE. Both models offer WiFI 6E, the latest standard, AKG tuned speakers and Dolby Atmos support. The front webcam shoots 720p, and security is provided by the fingerprint sensor built into the power button.

For those who want a touchscreen model with a rotating hinge, there is the Galaxy Book Pro 360. It is available in both 13.3 inch and 15.6 inch. Unlike the rest of the laptops in the range, they bring the S Pen functionality, having a dedicated slot for it. The panel is of the Super AMOLED type with Full HD resolution and offers a brightness of 500 nits, also having a DisplayHDR 500 certification. 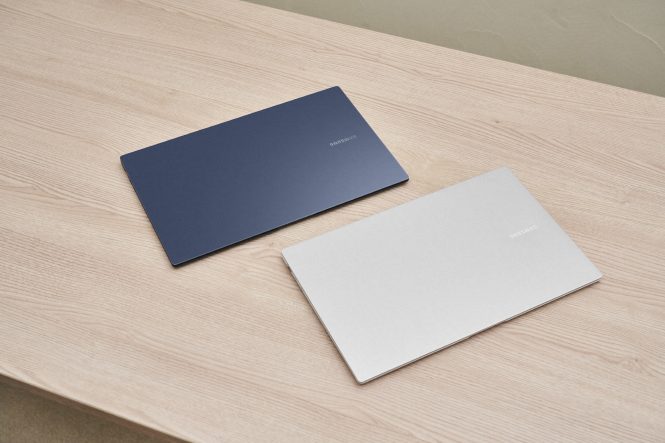 The 13.3-inch version also offers optional 5G connectivity, but the 15.6-inch does not have a dedicated SIM slot. On the ports side we find a USB-C Thunderbolt 4, two USB-C, a 3.5 mm jack for headphones, but also one for MicroSD cards. Like the Galaxy Book Pro models, they bring Intel Core i3, i5 and i7 CPUs (11th generation). On the graphics side we get Intel Iris Xe, but without the option of a dedicated nVidia MX450 board. The 13.3-inch model can be ordered in configurations with 8GB or 16GB of RAM, and the 15.6-inch offers up to 32GB of RAM. Storage is provided by NVMe SSDs up to 1TB.

The 13.3-inch model offers a 63Wh battery, and the 15.6-inch 65Wh one, both being charged via USB-C. There is also AKG sound with Dolby Atmos, 720p webcam, but also the fingerprint sensor integrated in the power button.

Also, this battery is bigger because inside there is a graphics card GeForce RTX 3050 Ti Max-Q or 3050 Max-Q , depending on the configuration. Inside we have 11th generation Intel Core i5 and i7 CPUs and between 8GB and 32GB of RAM. Although up to 1TB of storage is available via NVMe SSD, we also have an added slot to expand the memory.

It also fits well on the connectivity side. We have two USB-C ports, three USB-A 3.2, HDMI, 3.5 mm jack and MicroSD card slot. It also offers a security slot, but also an RJ45 plug for wired networking. Unfortunately there are no 4G or 5G variants, and the price has not been communicated yet. It also offers only Wi-Fi standard 6.

The South Korean company has also launched a budget laptop. It’s about the Galaxy Book, the Vanilla version of the models listed above. It has a 15.6 inch TFT LCD display (full HD resolution) and 11th generation Intel Core i3 / i5 / i7 processors on board. There will also be versions with Intel Pentium Gold CPU and even Celeron for those who want a more affordable version.

RAM in this case starts at 4GB, but upgrades to 8GB or 16GB are achievable. At the same time, there is only one option for the SSD – 512GB, but the Galaxy Book offers an additional slot to expand the memory. It is also sold in a GeForce MX450 GPU configuration. The model is still thin and light, weighing 1.55 kilograms and measuring 15.4 mm at the waist. The 54Wh battery is charged via USB-C to 65W.

This time the sound is not tuned by AKG, but supports Dolby Atmos. At the same time, the fingerprint sensor for unlocking is optional. Compared to Galaxy Book Odyssey, this model receives a 4G LTE version and has Wi-Fi 6. On the ports side we have two USB-C, two USB-A 3.2, an HDMI jack, security slot, but also MicroSD port and nano- SIM.