The Chinese company Maxsun has released a very unusual motherboard MS-Milestone i7-11800H Plus. Its peculiarity is that it is equipped with an integrated mobile processor Intel Core i7-11800H generation Tiger Lake. The novelty is made in the Micro-ATX form factor and runs on the Intel HM570 chipset. 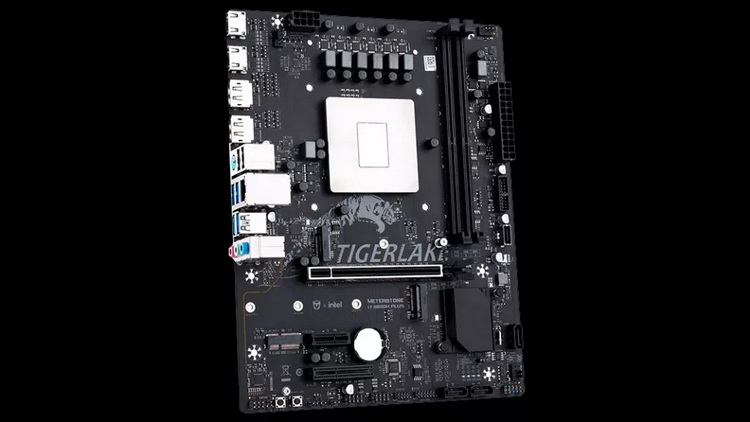 The board has a 7-phase power supply subsystem (VRM). Power is supplied to the processor via an 8-pin EPS connector, which seems overkill for a 45W Tiger Lake chip. 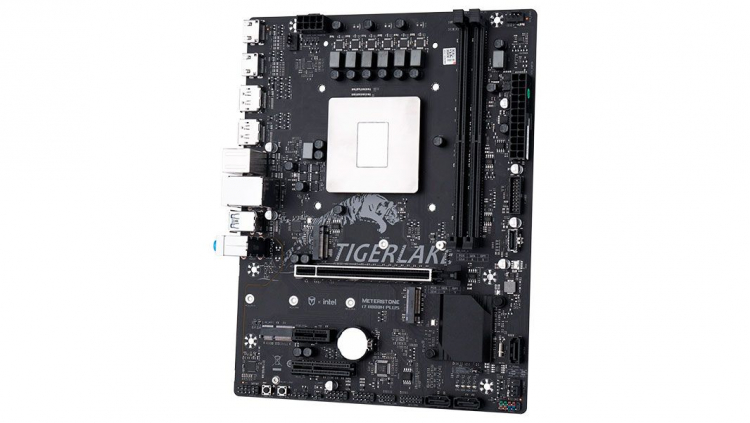 Recall that the Core i7-11800H processor itself is produced using a 10nm process technology Intel SuperFin. The chip uses 8 Willow Cove cores with Hyper-Threading support, with a base frequency of 2.3 GHz. In the automatic overclocking mode, the processor frequency on all cores can be increased to 4.2 GHz, and on two cores – up to 4.6 GHz. Also, the processor is equipped with 24 MB of L3 cache memory. The graphics integrated into the Core i7-11800H are represented by 32 Intel Xe execution units with a frequency of up to 1.45 GHz.

The mobile processor built into the motherboard has a heat-dissipating cover and requires a cooling system. Maxsun does not indicate which retention mechanism the board uses. Nevertheless, looking at the image of the board, one can assume that the new product is compatible with coolers for processor sockets LGA 115x. 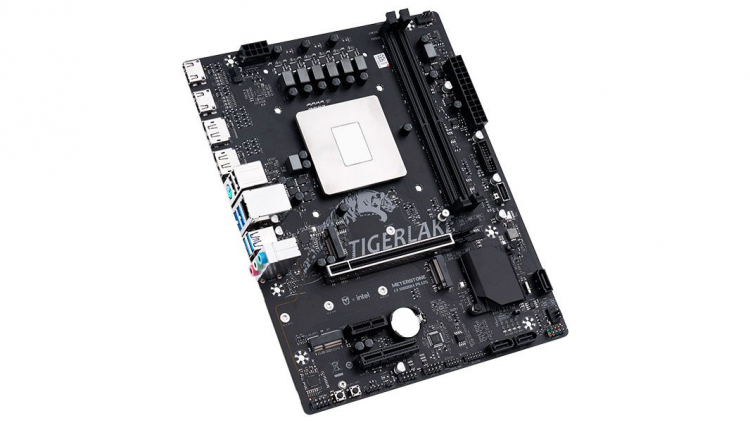 MS-Milestone i7-11800H Plus has two DDR4 memory slots. The new product supports the installation of up to 64 GB of RAM with a frequency of up to 2933 MHz and higher. The equipment of the board includes one PCIe 4.0 x16 slot, as well as one PCIe x4 and PCIe x1. Additionally, it is worth noting the presence of two PCIe x4 M.2 slots for NVMe drives. One of them is PCIe 4.0, the second is PCIe 3.0. There are three SATA III connectors for drives in the more traditional 3.5 and 2.5 inch formats.

V the number of external connectors included two HDMI and two DisplayPort. The rear panel also houses a combined PS / 2 connector, two USB 2.0, four USB 3.2 Gen1, one 2.5 Gbps LAN connector and a set of three 3.5 mm audio connectors. In addition, the board allows you to bring the USB Type-C connector to the front panel of the PC case.